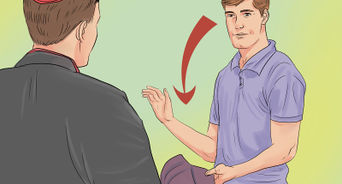 How to Address a Basic Training Letter

Writing them might come pretty easily, but making sure they arrive at their destination is another thing. Even after receiving a few letters from your soldier, it can still be tough to know just how your Basic Training letter address should look. Here are seven steps you can take to ensure a smooth delivery of your letter:

Step One: Start with a Clean White Envelope and a Black Pen

Sounds boring, I know. But if you read my last Basic Training Letter post (5 myths busted) then you’ll know that it’s sometimes a big deal to the Drill Sergeants if you spice up the envelopes. And it’s a big deal in a bad way. To spare your soldier the risk of punishment, don’t put anything on the envelope except a stamp and two addresses (yours and theirs). Bright pink envelopes, stickers, and perfume aromas are only risks that could get your soldier in trouble. While some Drill Sergeants don’t care about that kind of stuff, some do–and they use it as an opportunity to give your soldier grief. Don’t feed the Drill Sergeants.

Step Two: His Name and Number

His name is important, but maybe even more so–his roster number. To the Drill Sergeants, he is known by his roster number. The first digit in the number designates which platoon the soldier belongs to. And the other two digits indicate which soldier he is. Ex: Roster Number 101 means he is soldier number 01 (they go alphabetically by last name) and in 1st Platoon. Failing to include that number on the envelope is a big deal. They go by roster numbers more than names when it comes to mail!

Example: Your soldier might be in the 3rd platoon, and his class is the 22nd cycle of trainees going through Basic that year (2017). So his address line would include something like this: “PLT #3 CLASS 22-17.” And that part of the address would be really important. It doesn’t denote the individual soldier. You would still need to include his name and rank, or social security (all three is ideal).

This matters because your soldier is not in the only training unit on post. It’s just as important to write as his/her name and roster number. Write it exactly how it is specified in the Commander’s letter (see Step Seven). Exactly. You can also write it the way your soldier does on his return address labels (as long as you include the roster number or whatever combination of social security/platoon/class information is required).

I chose to just copy my soldier’s address the way he wrote it, even though it was slightly different than the Commander’s Letter. I got my husband’s letter before the Commander’s and I didn’t want to wait! You can do that too. But don’t make up your own variation– either do it exactly like the commander or exactly like your soldier. Either one will get your letter to the right place!

Step Five: A Stamp and Your Return Address

See Step Four above. *Note:* Letters that go undelivered to the soldier (because you didn’t include his/her roster number or unit, or because he/she graduated) will not be returned to you. I know I said it’s US mail…but nobody is going to take the time to return your letter to you if your soldier doesn’t receive it.

Like I said in Step One…don’t decorate the envelope after you seal it. Clear plastic tape is fine if your envelopes have a hard time staying shut (for some reason, mine always did). But otherwise, leave the envelope plain and inconspicuous. You never want your mail to be the subject of unwanted attention for your soldier. The point of your letters are to bring him/her relief and comfort! And I know there are exceptions–some people get away with all kinds of decorations on their letters. But since there is a chance that this will cause problems for your soldier, I recommend erring on the side of caution. If you want some fun stationary supply ideas, see this post for my recommendations!

This one is the hardest, but most important, of all the steps if you are in doubt as to how to address it (meaning you didn’t get a letter from your soldier). The Company Commander sends out a letter to all the soldiers’ points of contact on the first day of Basic Training (it arrives 2.5 weeks after your soldier left home). It specifies the unit and address of your soldier, as well as some guidelines and general information.

The following stage is to compose the date on which the letter was sent, and adjust it to one side or right edge. Explain the month utilizing letters, and numbers for the afternoon and year. For instance, the date can be composed as January 10, 2021.

This details shows up on the left edge beneath the sender’s location. It incorporates the name and street number of the proposed beneficiary. It basically tells the beneficiary that you know him/her, making a customized association. You ought to likewise incorporate the title or degrees that the beneficiary holds.

For instance, in the event that you are keeping in touch with an English teacher, you ought to express, “John Jones, Ph.D.” Beneath the name, put the organization name on the subsequent line. Compose the postage information of the beneficiary, beginning with the road and city on the third line, and state and postal district on the fourth line. On the off chance that the beneficiary is in another nation, demonstrate the name of the nation in the fourth line.

This article was co-authored by wikiHow Staff. Our trained team of editors and researchers validate articles for accuracy and comprehensiveness. wikiHow’s Content Management Team carefully monitors the work from our editorial staff to ensure that each article is backed by trusted research and meets our high quality standards. This article has been viewed 2,111,222 times.

To address a letter to a government official, first you need to find the official’s name and titles, which help to demonstrate respect when addressing your letter. Then, find their address by searching online for their name and the phrase “mailing address,” or check USA.gov for a list of addresses for many officials. When writing the envelope, include their full name, titles, and official address clearly and legibly on the front, and be sure to write your return address in the top left corner. Simply place the stamp in the top right and drop the letter in the mail. If you want to learn more, such as how to use actionable language in your letter, keep reading the article!